SEO From Home #2: Alt Text for Your Images

To follow ADA guidelines, you must add ALT text to all images on your website. Learn what ALT text is and its purpose for those with vision disabilities.

Welcome to the next post in Spark Creative’s “SEO From Home” blog series. The goal of this blog content is to help you identify areas on your website that you can optimize for SEO during this time when we are all working from home. As business remains slow for many entities, it is a great idea to take some time, learn about commonly missed SEO facets, and get your website on solid footing.

Last week we covered title tags and meta descriptions, two SEO-related elements seen by users and Google alike! Today, we are going to go over another very important component of SEO: alt text (aka alternative text). If you recall, back in February we went over image size and how large image files on your website can severely dampen your page speed, in-turn hurting your SEO. Alt text also relates to images.

Even Domino’s Website Needs to Abide by the ADA

The ADA, or the Americans with Disabilities Act, is a federal law passed in 1990 that prohibits any form of discrimination based on one’s disability. When we hear the term “ADA,” we probably think about the need to make facilities accessible to those who are handicapped. But, there is a lot more to the ADA than this. In essence, the ADA requires that people with disabilities can use and interact with things the general public has access to with the same amount of ease.

At the time the ADA was written, websites weren’t a thing yet (the first webpage went live back in 1991), meaning that the law did not include language relating to Americans with disabilities accessing websites. So, some corporations made the argument that they did not need to make their websites accessible.

One of these was Domino’s Pizza, who was sued a few years back by a legally-blind man who could not order a pizza due to the company’s website not being accessible to those with disabilities. The result? A federal court ruled that websites also need to be accessible, and back in October 2019, the Supreme Court rejected Domino’s appeal. You can find this information and read more about the case in this article from Slate.

What Is Alt Text Exactly?

Now that we have determined that websites need to abide by the regulations outlined in the ADA, we can talk about alt text. To illustrate the concept, take a look at the stock image below. 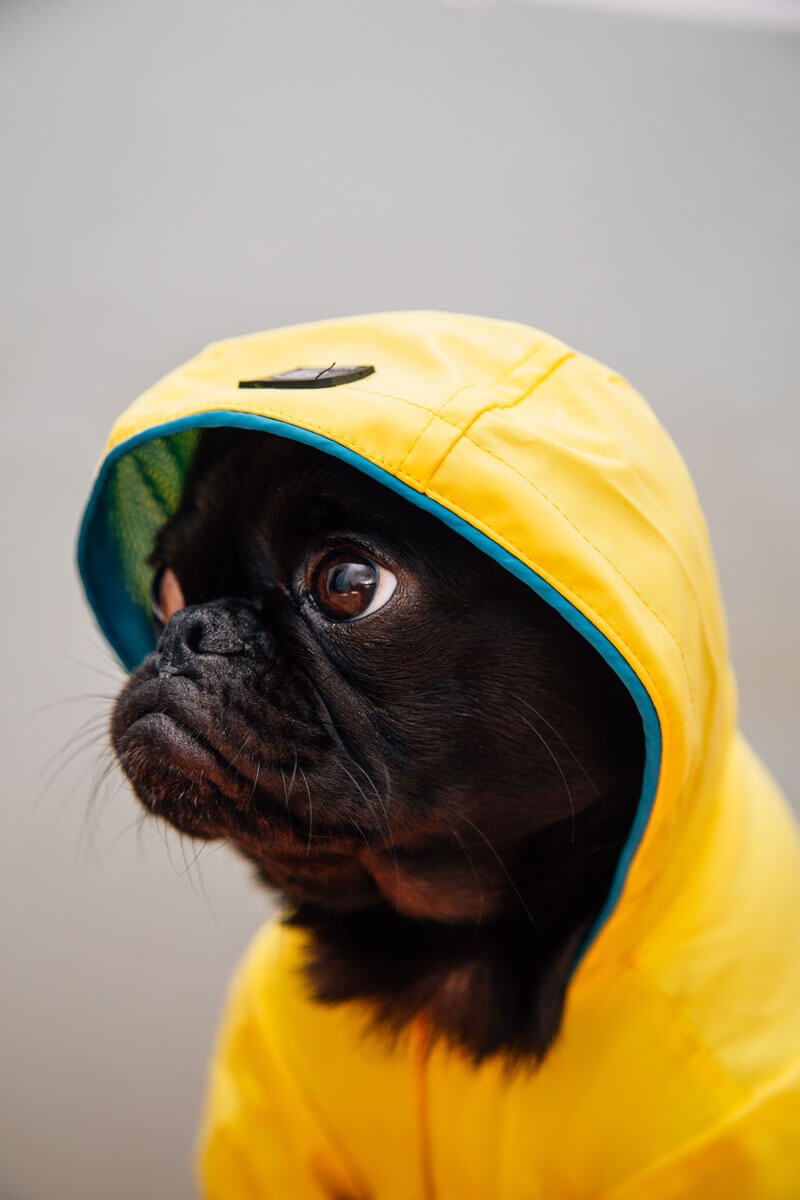 For those of us who do not have vision disabilities, we can see that this is a snazzy picture of a pug wearing a sweater and beanie. But, what about users who have vision disabilities? A common tool used by this community is called a screen reader. This tool reads aloud the text on a screen so that it is understandable by the end-user. However, a software program cannot read aloud an image — it’s an image, not text!

This is where alt text comes into play. Alt text is a short line of copy that one adds to an online image to describe what the picture shows. In the example of the casually-dressed pug above, the alt text could be “a pug wearing a hoodie.” You do not need to add “an image of…” since we already know it is an image file.

It is as simple as that! All an image’s alt text does is describe what the image shows.

Alt text also plays a role in your site’s SEO, hence us writing about it in this blog series. While Google is seemingly all-knowing, it still needs help when “reading” images. In this regard, it is quite similar to screen readers!

In this great article from Moz, they outline an example using Jim Halpert from The Office (US). Including alt text as part of your SEO strategy in addition to complying with ADA guidelines can be quite beneficial. It can help you rank for keywords, based on the types of images you include in your content.

There are two things to remember when writing alt text:

As you can see, writing alt text is pretty easy. Keep it short, simple, and descriptive.

As an aside, take a look at the file name of your image too. When Google crawls a webpage, it looks at all of the on-page text, including file names. So if you want your images to provide you with the maximum amount of SEO power, ensure your file name reflects what is in the image. So, if we go back to our friend the pug, “Pug-Wearing-Sweater.jpg” is better than “iStock957194.jpg.”

ALT text describes the content of an image to users with vision disabilities who use screen readers.
To comply with the ADA and ensure your site is accessible to all, you must add ALT text to all of your images.
ALT text offers another great opportunity to incorporate relevant keywords for organic search.